The Mt. Laurel club is at it again! Skiing, biking, everything! Check out this video montage they put together to Ray of Light (by yours truly)!!!
http://www.youtube.com/watch?v=FF8Hxg_4HY8


Pretty cool (and yes, I saw it on my Yahoo homepage where I freely admit I get 100% of my news). Can't wait until 2024 when I take the exact same picture I took with Michael Bolton years ago.

Brought to my attention a few minutes ago...thanks AdamO!
http://www.youtube.com/watch?v=oVWp67AvkS0

Youbs' Nutrition Tip of the Day: If you've found that you've eaten too much in one sitting, drink a hot beverage such as coffee or tea as soon as possible afterwards. The extreme heat will help "burn off" some of the calories and fat from your over indulgent meal. Note: Orange or any other citric juice works similarly, as the acid has the same effect as the heat.


Youbs' Nutrition Tip of the Day: The french fries you take from someone else's plate are way less fattening than the ones that you would have gotten had you not been smart and replaced them with a side salad. And if the other person doesn't see you take them, then they actually have zero fat. Its a fact. Look it up. 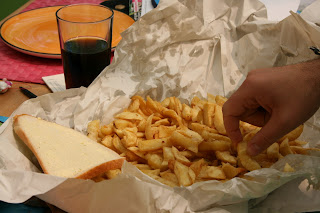 Youbs' Nutrition Tip of the Day: The bacon in a cobb salad is way less fattening than strips of bacon, like at breakfast.


Longest current Boston championship drought: The New England Patriots, 6 years. There are 5 year old kids walking around New England who have never seen them win the Super Bowl! (remember, that's 42 in dog years). June 16, 2011 at 9:41am

Outside of a couple of Sunday School art contests, I've never won first place in anything...that is until last night when Scott McCue and I somehow won the 2nd week of the talent competition at The Lansdowne Pub! (I'm giving all the credit to Scott's tight t-shirt.) It's a great, fun Sunday event that I recommend you check out...especially July 10th when we're in the finals! June 6, 2011 at 11:14am

Check this out...my great friend Tom Trabulsi's new book Sandaman's Riposte was recommended in Bill Reynolds' column in the Providence Journal today! I've been reading his column since I was a kid (as I'm sure many of you in the RI/MA area have as well) and was excited to see he mentioned Tom's great debut novel!


Jimmy Fallon broke out laughing in every non-funny SNL skit he was in. I have no idea how he doesn't crack up in some of these Neil Young/Bob Dylan spoofs he does:
http://vimeo.com/24298024
Posted by Phil at 8:37 AM